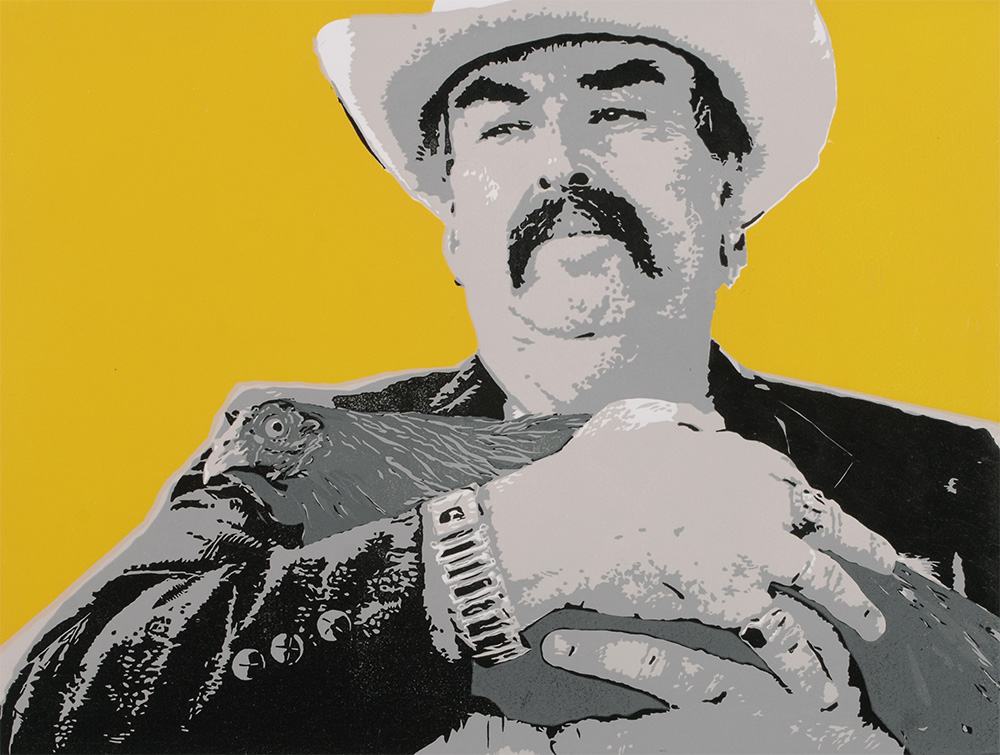 The exhibition, featuring work by such artists as Ricky Armendariz, Richard Duardo, Leticia Huerta, Luis Jiménez, César Martínez, Malaquías Montoya and Anita Valencia, is the result of a long-running print project at the University of Texas at San Antonio. It just opened at UTSA’s Downtown Art Gallery.

As master printer Neal Cox, who worked on the majority of the project, puts it: “This suite of prints, no doubt, will become a collection for the ages.”

Four of the artists who participated in the project — Jiménez, Duardo, Sam Coronado and José Guadalupe Guadiana — are no longer alive. The exhibition is dedicated to their memories.

“‘Veinticinco,’” said UTSA President Ricardo Romo, “treats viewers to an exploration of important Latino themes related to labor, immigration, gender and poverty. In addition, several of the works allow us a glimpse into significant traditions and cultural values in our society.”

UTSA has a long history in printmaking. When Rush arrived on campus in 1982, he and professor Dennis Olsen created an unofficial program called Collaborative Editions, in which visiting artists created a print with art faculty and students.

When Romo — an avid print collector with his wife Harriett — later came to UTSA, Rush approached him about a print project focusing on Latino artists. Through a collaboration between the President’s Office and the Art Department, what would become “Veinticinco” was born.

Each of the three architects of the print project recruited participants, ranging from up-and-coming artists to well-established art stars.

“We all came at it from different perspectives,” Rush said. “The goal was to make a kind of cross-section of Latino art. We were not really trying to make a who’s-who of Latino artists.

“We have had artists who were veteran printmakers and artists who had never made a print, so it was an interesting process,” he added. “In the educational aspects and in terms of the product — these wonderful prints that we now have — the project has been incredibly successful.” 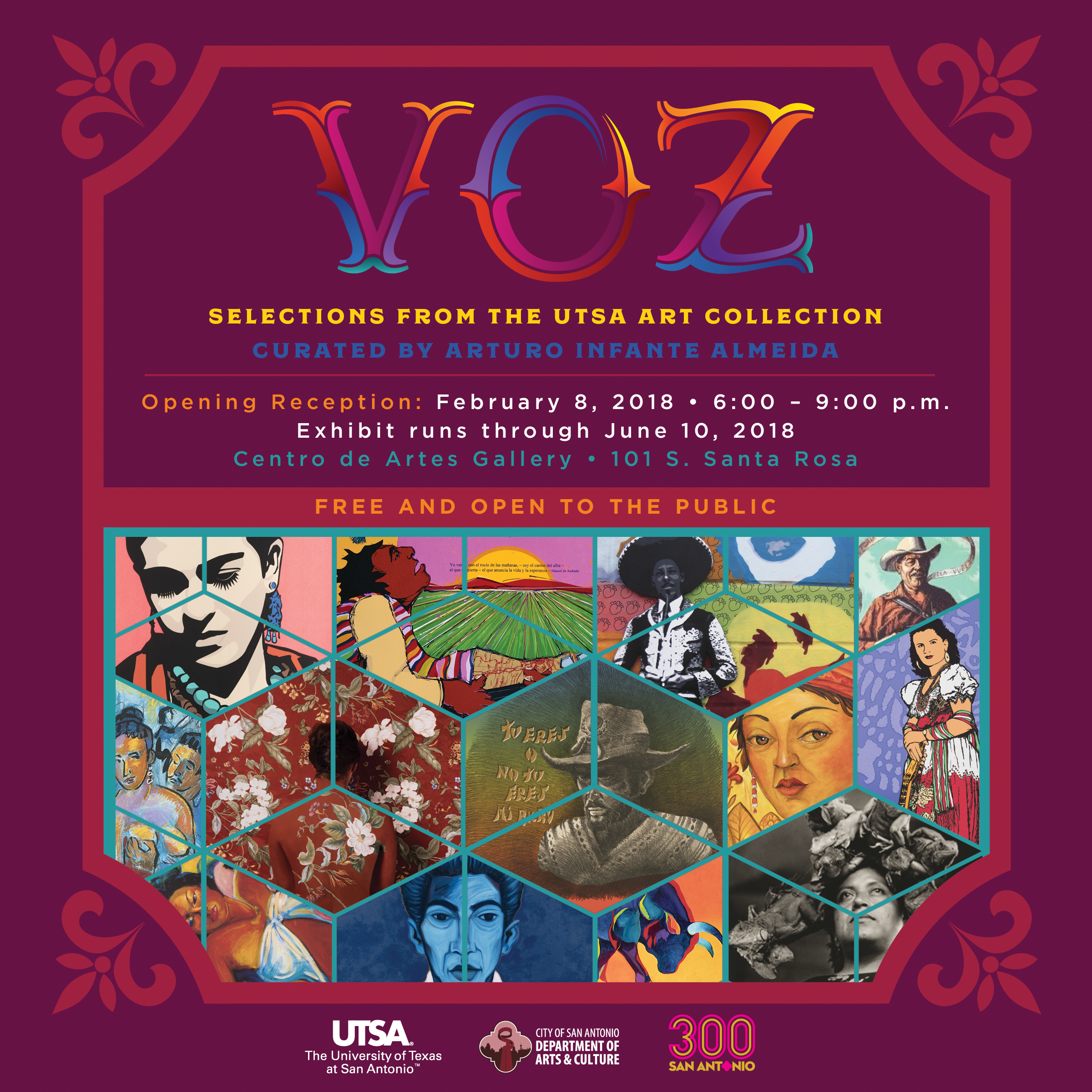 Palenque translates to “cockfight” or “cockfighting arena” and is also the name of an ancient Mayan city state in southern Mexico that flourished in the 7th century. The Palenque ruins date from ca. 226 BC to ca. AD 799.

The image of my father-in-law, who I assure you does not actually fight roosters, reflects on the deep rooted culture of cock fighting along the U.S. Mexico border and the pride and machismo associated with the illegal and lucrative underground sport. This subculture of cock fighting includes a wide range of other associated activities such as trainers, breeders, performance enhancements for the animals, the hidden arenas where these events are held, gambling, and even the sale of food and beverages during the events. The Title Palenque intentionally references the Mayan ruins, and is meant to draw comparisons between modern “civilized” society and those that predate it.

This print is featured in the UTSA Art Collection as part of Veinticinco (25), a suite of twenty-five prints by twenty five Latino and Latina artists. Each print is singed, numbered and issued in a limited edition of thirty. The images are printed on 22” x 30” archival paper and were produced using various techniques including stone and aluminum plate lithography, etching and aquatint, linocut, and screen-printing. The artists worked in collaboration with a Master Printer in the print studio of The University of Texas at San Antonio’s Department of Art and Art History. 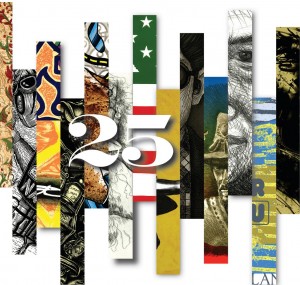