MIAMI, FL – Mestizo City, a 6,700 square-foot site-specific installation, is a playful interactive public space, created to represent the vibrant and varied Latino culture and its growing influence in the United States. Installed in the Miami Design District during Art Basel Miami Beach 2012.

In the wake of the Presidential election, which marked the historic Latino impact on the election outcome, Mestizo City in a timely way explores the demographic shift, taking place in the United States. The installation incorporates and wittily reinterprets some of the most recognizable visual and social elements associated with the Latino culture: inflatable structures, a taco truck, Jarritos bottles, bright colors, informal concepts of space and street art.

Mestizo City asserts and celebrates the idea that you cannot build a wall between culture and creativity and that physical borders cannot fracture the growing influence of Latinos in the United States. This installation reclaims and re-imagines an unexpected urban location to create a public space that promotes ideas of Latino Urbanism and the Mestizaje. Visitors to Mestizo City will enter through one of four vinyl-coated nylon inflatable storefronts, evocative of inflatable playscapes – a long-standing symbol of street corner entrepreneurship in the Latino culture. The storefronts represent the current obsession with the global consumerism while serving as the backdrop for the commercial and social interactions inside the site.

A Taco Truck parked along the street serves as a meeting place for visitors, where they can eat, drink, and generally taste Latino culture. It explores the idea of transforming empty lots and other unexpected locations into temporary, vibrant social spaces. Once visitors have crossed the “border,” they will enter the town center. The focal point of Mestizo City, is Jarritos Cube. The 12x12x12-foot cube, composed of the iconic Mexican soda bottle, explores the idea of informal architecture by using a non-traditional building material to create a formal structure.

An 8-foot tall Photo Wall along the parameter showcased a series of printed photographs mounted to the perim- eter walls of Mestizo City using wheat paste. A makeshift urban gallery, they exemplify the cultural phenomenon of Mestizaje in the built environment, such as images of houses painted with bright colors and makeshift fruit markets set up in front of tire shops. These photos intermix with images of Muñoz & Company’s work that employ the same ideas and concepts. A Map/Infographic was built to serve as a visual representation of information and data regarding to Latino population in the United States. Composed of various beans, it depicts the map of the United States, indicating the Latino population of each state through density of the beans. 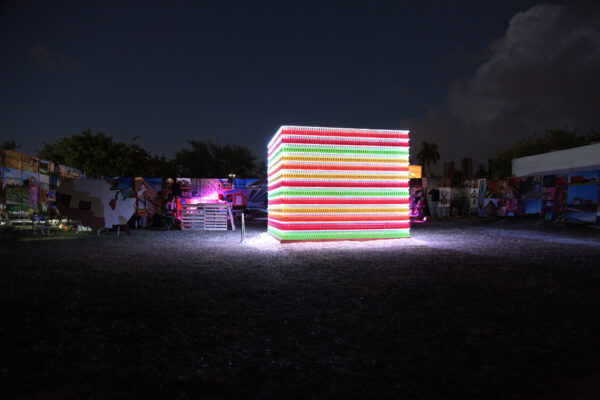 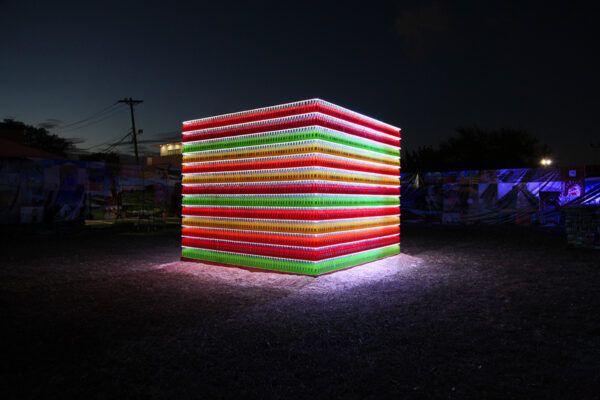 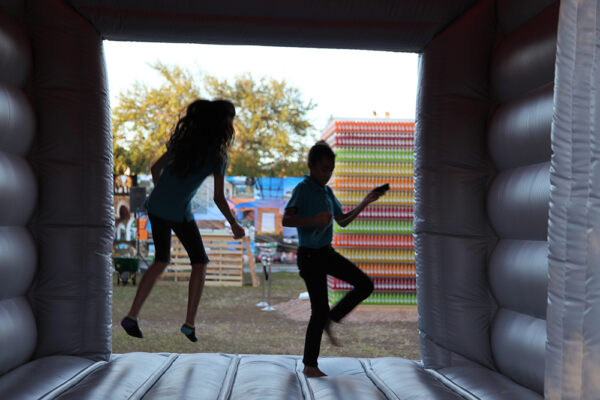 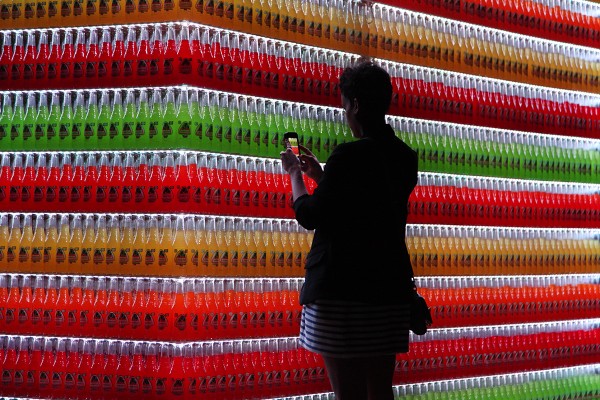 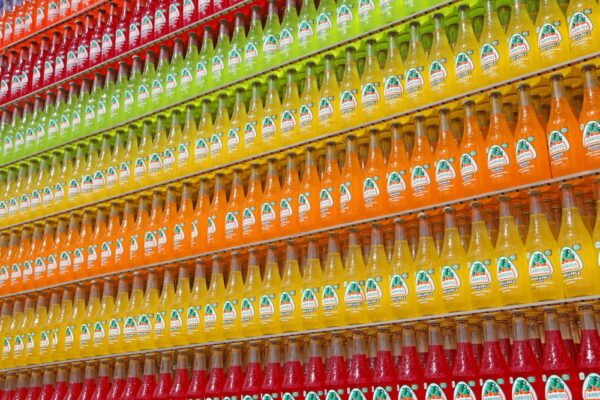 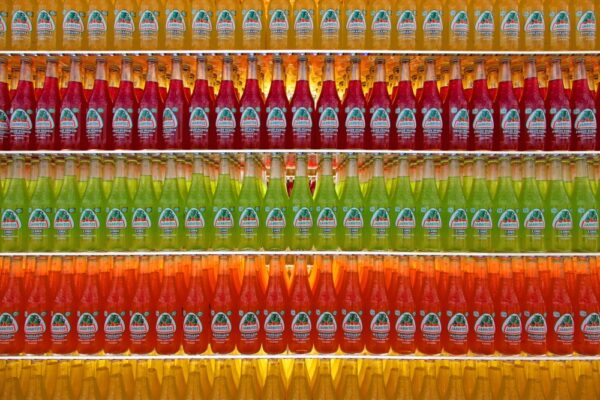 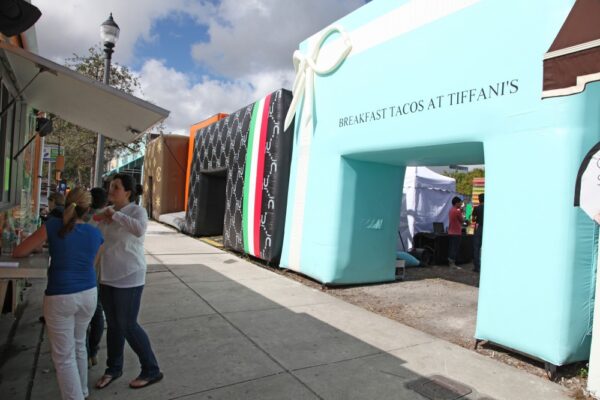 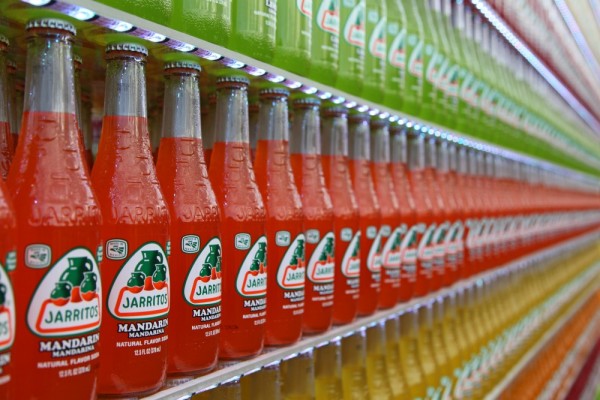 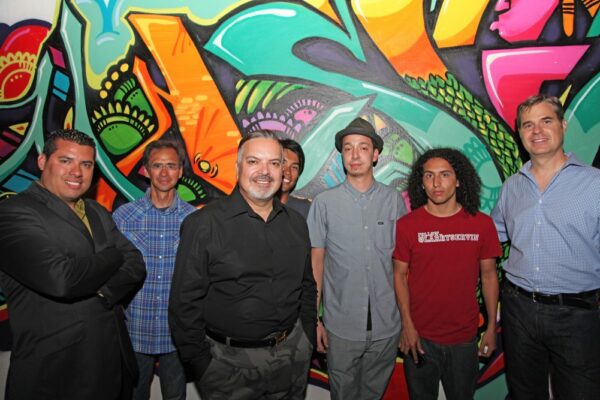 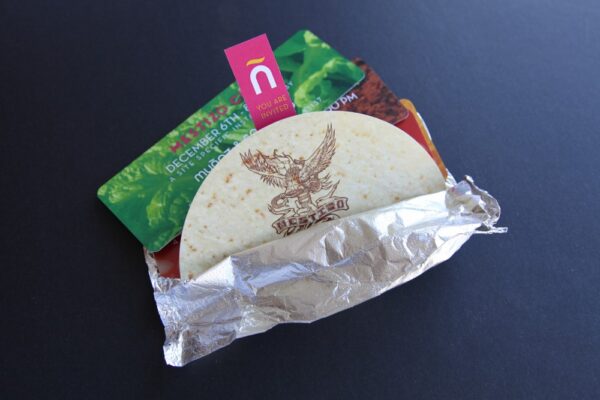 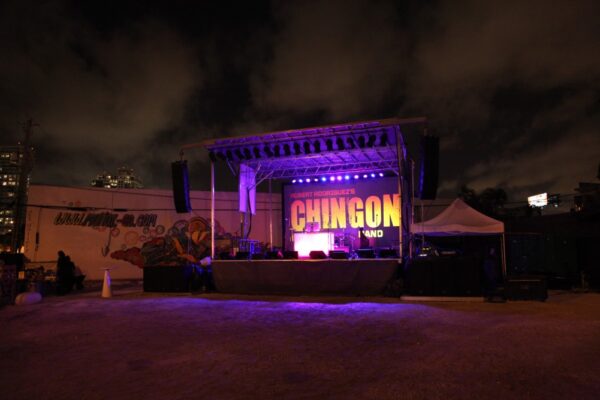 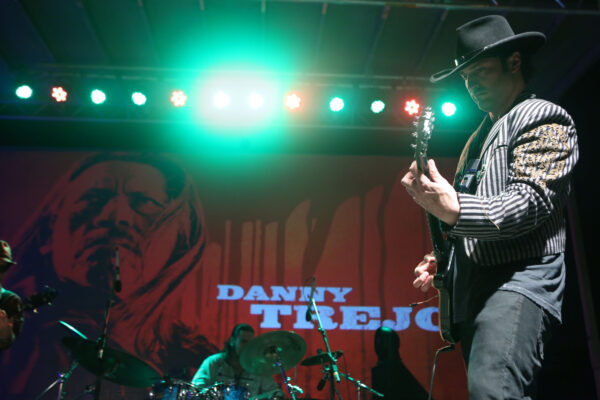 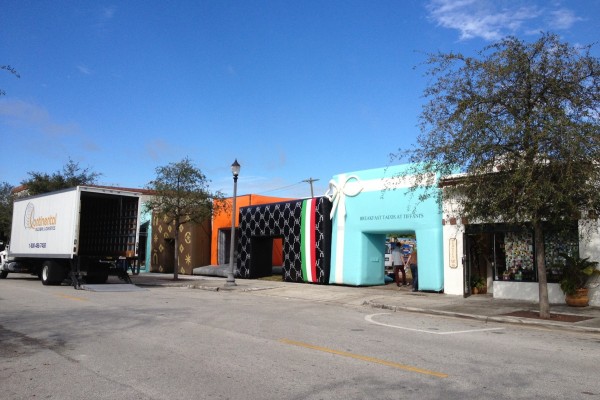 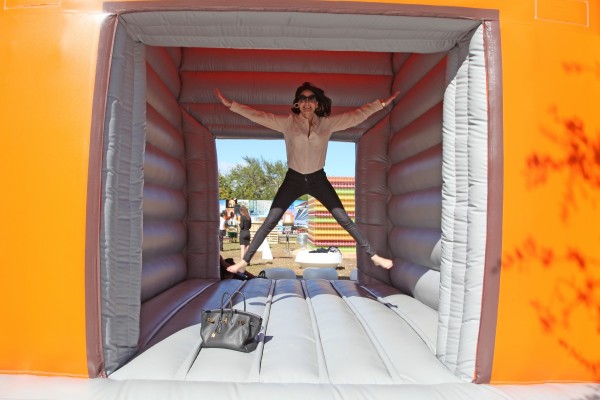 Mestizo, or mestizaje, is an expression used historically to describe a blending of European and Latin or Native American cultures. Today, the term often illustrates a way of life prolific throughout the country and ingrained in places like San Antonio. These modified forms of Latino-Anglo traditions have flourished in well-knit, border-region communities, creating new cultural practices and patterns. Geoffrey S. Edwards, AIA, Chief Creative Officer of Muñoz & Company explains that “impromptu architecture, where people use nontraditional building materials to generate spaces that seem fresh, exciting, and vibrant,” is typical of San Antonio. Ideas of impermanence and color often associated with the mestizo culture inspired the conceptual basis for the firm’s award-winning installation, “Mestizo City.” Henry R. Muñoz III, Edwards’ partner, elaborates: “‘Mestizo City’ embraces the ideas of community-based thinking, taking informal culture and honoring it, elevating it.”

In 2012, “Mestizo City” made its debut at the annual art-world nexus, Art Basel Miami Beach, located in the heart of the city’s design district. Muñoz & Company wanted to create a project that would be both fun and fresh, and at the same time, the design team aspired to open a dialogue about regional parallels of mestizaje culture. “Miami is all about the mixing of cultures,” says Muñoz. “It is a city founded on the imposition or blending of Latin American cultures with mainstream culture in Florida.” For the design team, the opportunity to highlight the symbiosis of San Antonio and Miami was unique. ~ read more.